Vocational schools still carry the stigma of misfortune in Romania, yet the society is strangled by overqualification and lack of workforce. The incoherence of the educational system reflects indifference, to say the least, and will continue to impact whole generations.

The Unit X changes both the methods and the spaces meant for education, as they are improper for the current society’s needs. The teacher no longer presents information to a passive auditory but will guide the student into developing initiative, social abilities, and creative thinking. By implementing a Montessori classroom layout and its methods, each class of 20 students will be given a unit/nest to take care of and become its home. Counting on the native curiosity teenagers have, and making students understand the real-life applicability of curricula, each class gets a daily assessment that can be finished by following different paths, rhythm, and by studying different subjects.

The formal or informal study can be extended beyond the nest’s boundaries, under the close guidance of their teachers – in the hall that acts like the school’s street, or between the enclosure forest of columns, or further into the school, inside the interior garden. The enclosure is anchored in the central piece, the place where all 160 students take their place in the Event of Dining – as well as in society. Practical workshops take the place of the old boarding school that no longer functions. The atriums favor the presence of natural light through the cover and open the workshops on their height. Smaller nests populate some atriums, allowing students to retreat and study privately, making the space unpredictable and interactive.

The architectural intervention doesn’t limit to the school premises, but it re-assemblies the public space. Using different textures, additions, or extrusions to the pavement’s “flesh”, this precious space is liberated from cars by creating underground parking lots. The community garden becomes articulated and usable, flexible yet stable.

The existing situation – a dysfunctional school program inside a deteriorated community space.

On each side of the Victor Jinga high school we can observe the social housing blocks, that under the communist regime used to accommodate the factory workers. Today, in majority, the same people live in these apartments. Their children stumble across the street, realizing that what remains in between the blocks is nothing more than a residual space that cannot accommodate their play in a proper way. The area claimed for the parking lot is getting bigger and bigger with the return of their parents at home and their game is interrupted more by the passing of the cars. The passer-by, the children that play ball, natively feels the size of the public space that in a way, he owns and regains it every time a car leaves. Intuitively they create their playground avoiding the circulated area. We can admit that most of the space is authoritatively devoted to a smaller group, the car owners.

The in-between of the industrial area and the collective housing hosts the high school. Somehow, uncentered in the neighborhood, the school was the core of the community, yet today it struggles to remain alive.

Undoubtedly, the students are victims of the “antitype” of vocational education, a kind of ostrich-camel that is the high school. The current educational system wants to make these students –  that have very little interest in academic knowledge – become little bookworms, pushing them to take the final exams just like a theoretical student would. And on top of that, aquire their professional qualifications.

Today, the geometry of the school orients itself towards its middle, but the space in between it’s a mess, a remnant of what it meant 25 years ago, a space that gathers inside. Students are brought from the outskirts of Gârcini with a dirty bus directly into the yard of the school (to control absenteeism) and kept secret until the end of the hours when they are camouflaged in the same way on their way home. The architectural intervention doesn’t limit to the school premises, but it re-assemblies the public space. Using different textures, additions or extrusions to the pavement’s “flesh”, liberated from cars by creating underground parking lots, the garden becomes articulated and usable, flexible yet stable.

The surgical gesture of occupying the school is not invasive, but preserves the old look of the neighborhood, with small cul-de-sacs in the material surrounding the enclosure. The symmetry of the main façade is kept, but today is not hidden anymore behind the trees, but open for everyone to explore. The school recovers its participatory virtue, giving back to the community a public plaza on the ground floor and also a restricted after-hours access tea-house and library.

The new skin of the school finds its way between the existing buildings and brings together the students, allowing them to explore the space and find what they enjoy doing.

The unit as a program involves the transition from high-school status to a dual-year vocational school lasting 3 years. As this type of training requires general theoretical education, the proposal addresses the possibility of integrating the principles of the Montessori Erdkinder method for teenagers. Under this Montessori classroom layout, each group of 20 students will be assigned to a NEST (a unit). The students themselves will take responsibility for each nest’s organization and maintenance (including dedicated sanitary groups). Specially trained teachers will guide student learning activities in a pre-arranged context, sprinkled with information and clues so the students can choose their own path for solving the daily assessment. This method makes use of the student’s native curiosity, making clear the link between real-life values and the curricula studied in class. The role of the teacher is not limited to exposing knowledge to a passive audience, so the proposal demands INTERACTION through its geometry. The teacher now has the role of pragmatically and holistically guiding the student towards the formation of initiative, social skills, and creative thinking.

The variety of learning spaces, whether formal or informal, specialized or theoretical, public or private, interior or exterior, of various dimensions, promotes diversity of activities and flexibility of educational programs. To take an example, the school hall becomes the school street, a place where the teenagers from different nests come together to socialize or learn from each other, and continue their daily study; this place acts as an interior garden developed on two floors, permeable to both the nests and the school enclosure.

From the school street, the enclosure is easily reached, perceived as a forest of columns centered around the school garden. The enclosure is anchored in the central piece, the place where all 160 students take their place in the Event of Dining – as well as in society. The gesture relies on developing communication and social skills by designing spaces with different degrees of contact, while the nakedness of the old courtyard makes the Wintergarden – where students can practice basic gardening skills – and further landscaping opportune.

The hallways become the streets of the school, the atriums bring the outside inside, places where teenagers from different nests socialize or continue their theoretical or practical studies. The extension of the hallway in building 1, becomes a vertically developed inner garden. Perforated and permeable to the school’s enclosure.

Practical workshops take the place of the old boarding school that no longer functions. The atriums favor the presence of natural light through the cover and open the workshops on their height. Now, the atriums host smaller nests that allow students to retreat and study in a more private way. A gesture that architecturally makes the space unpredictable, allowing the students to interact and discover the space.

A future extension of the school will become appropriate once the methodology demonstrates the performance of the model, with the possibility of annexing different bodies congruent to the enclosure.

Meet our team of designers, or ask us a question. Keep in touch with us on our Instagram page.

We’re not shy to show our true colors and search for uniqueness.

Young & bold, we design responsibly towards the community. Because boundless creativity doesn’t have a purpose if it doesn’t bring value to society.

We aid our architectural projects with professional 3D rendering services and a solid understanding of branding, visual identity, and digital marketing.

Our buildings make use of Design Thinking, 3D visualization, and Careful Project Management to lower the investment risk. Good planning and execution will save money in the lifetime of a building. 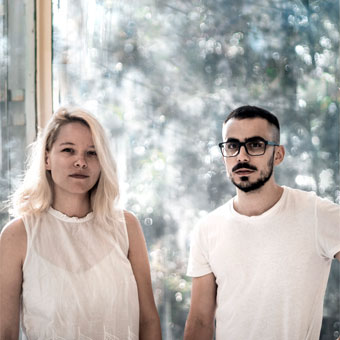 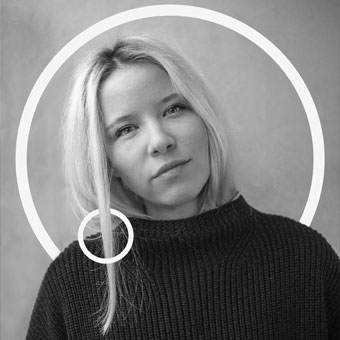 FOUNDER/CREATIVE DIRECTOR
architect & 3D artist - Bucharest/Brasov, Romania
A few years of working in several architectural practices in Europe made it clear to me that I need to find a way of speaking my mind and enabling my ideas. Evoke my thoughts in a pure way, with no intermediary between mind and hand.

That was the flame that ultimately materialized into our studio, and we keep it true to ourselves. 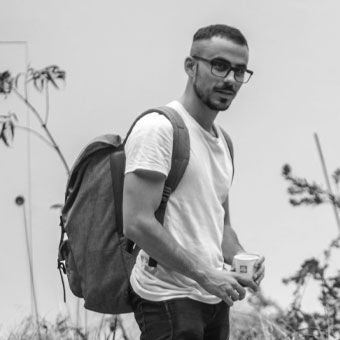 I always strive to capture a glimpse of demiurgical essence within my work. After all, God is a Designer.

I dare to say that I'm self-taught, since traditional education isn't ever enough. I like to get out of my comfort zone and learn, adapt, overcome. 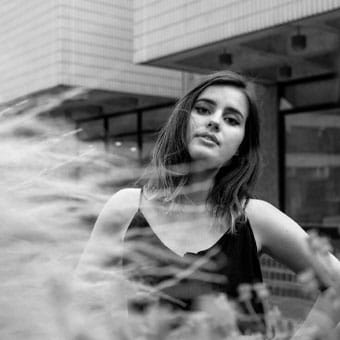 ART DIRECTOR
architect, video/photo grapher & editor - Copenhagen
Living in Copenhagen allowed me to explore this city, learn its intimacies and, on top of that, I use photography as a tool to study human nature.

These circumstances changed the way I approach architecture, seeing the impact it has on human behaviour and psyche.

In one way or the other, I focus on solving social problems when designing pretty much anything.
Capabilities
"I want to thank you for doing this project. [...] I prefer to work with someone I can trust and you both proved your technical skills, design sensibilities and intellect here, so for this, I am grateful. This starts a great collaboration. [...] Moving forward we will do super things together."

"First of all, the pictures are stunning and a great help in getting the idea to the market! I need some time to think on the next phase, but you guys CRUSHED IT with the perfect renders and suggestions! Top quality stuff, once again...we couldn’t be happier."

"The design looks very good! We are looking forward to mount it into our office!"